Expedition To The North Pole: Part 1 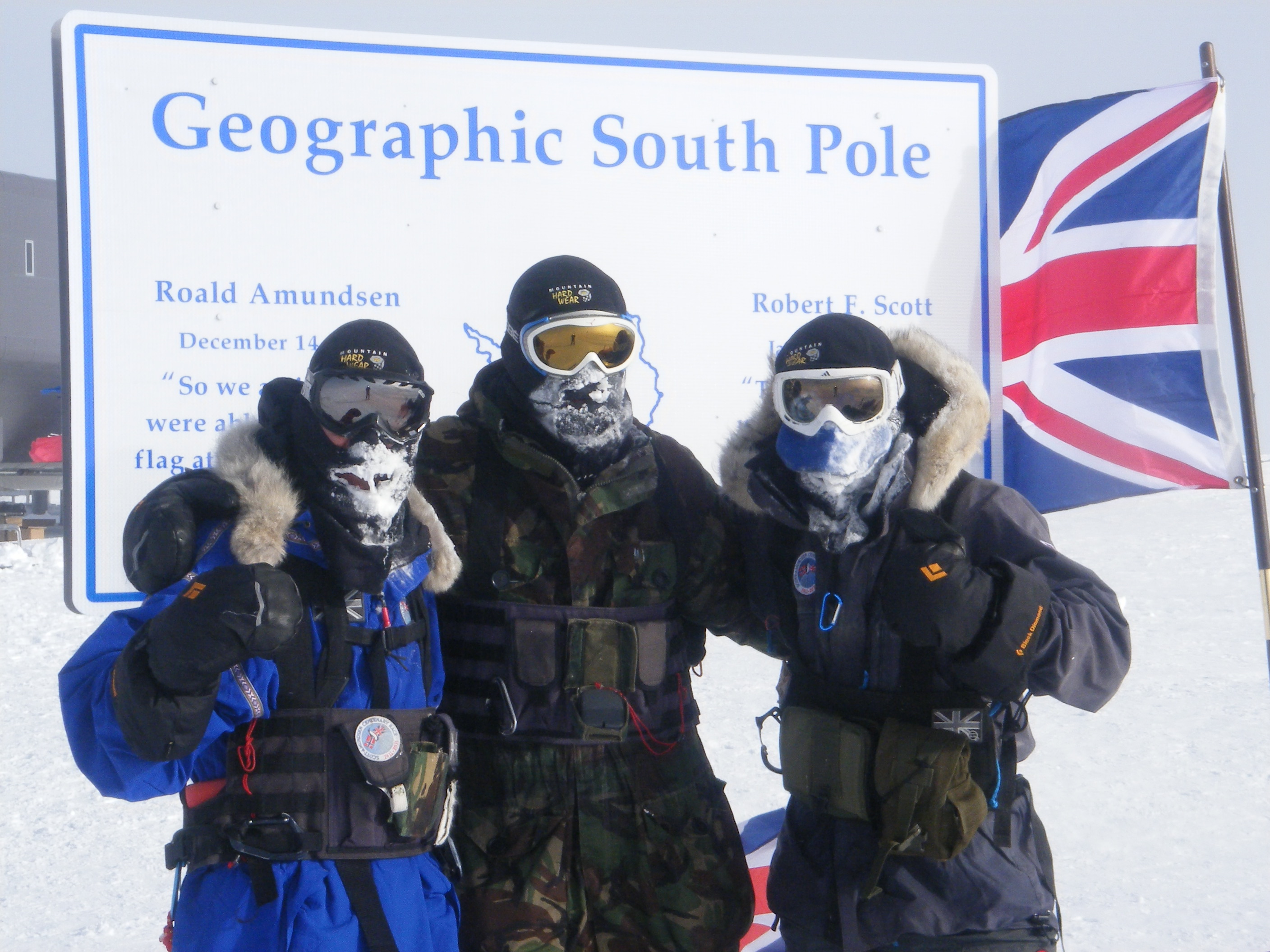 ‘We were flown back to Barneo Ice Station, but as we looked down we saw the horrendous impact of the climate crisis. It was awful, with large cracks, broken ice, and simply open water, all across what was supposed to be the ice-locked North Pole.’ 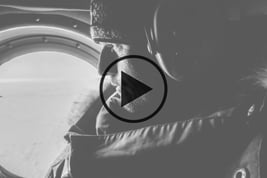 On April 25th 2016, I stood on top of the world at the Geographic North Pole, having reached our overall goal and documenting what we saw on ice. However, this was not how it was originally planned, taking three years to eventually get on the Arctic ocean, facing serious setbacks combined with frustrations, changing our plan on several occasions, twice nearly calling it a day, some may say it was a failure…..But it’s this story that’s important to tell about the journey, and how the expedition was hampered by the devastation, and destruction, we had witnessed along the way, due to the climate. I’m not a climate scientist, but this alarmed me, and should to each and everyone one of us. 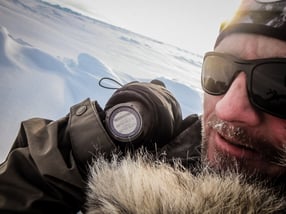 Firstly, I think it’s worth briefly taking you back to where this all began...Expeditions of this nature should not be taken lightly.   It’s worth noting that I’m not a novice to extreme environments and situations, as well as the cold…I come from a long and varied military career, having been to all the nice places in the world, sometimes facing difficult hostile situations and coming face to face with the enemy. I was also highly trained in a variety of skills; including medicine and mountain; where I was born into a Mountain troop and being able to do all things mountain; taking me to places where the environment was also the enemy.

It was here that an opportunity arose in 2009 to volunteer to join an expedition to the South Pole joining Henry Worsley. This was to be no ordinary expedition, it was to be the first time in 100 years that two teams would set off in the footsteps of Roald Amundsen and Captain Scott, in what would be a centenary celebratory ‘race’ to the pole. This time man hauling all our equipment on sledges and skis to the pole unaided and unsupported. I was lucky to have been accepted and became part of Team Scott, tracing Captain Scott’s footsteps to the South Pole, some 1200miles, stopping and commemorating this epic expedition along the way. In 2011, and after some serious training and preparations we ventured on what seemed like a mission impossible….with what was arguably the hardest thing I have done in my life, and we eventually made it after 76 days on ice, reaching the pole 100 years to the day (with 25 mins to spare) as Captain Scott. Sadly, history had repeated itself and Team Amundsen had beaten us completing their route in 67 days, but it really wasn’t about the race. We had commemorated those fallen and raised over £250,000 for charity. It had also given me a taste for adventure… 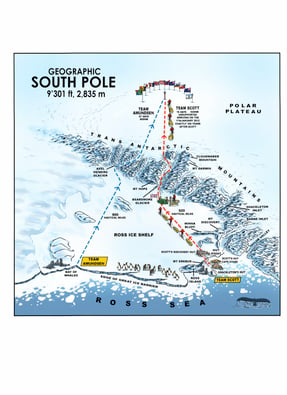 On the back of this epic expedition I had the drive to do something again, and heading north seemed like the obvious option. I thought that having faced Antarctica we could easily complete the Arctic within a year. However this was to be very naïve of me and I should have known better. They are literally poles apart in their environment, and are both highly affected by the climate. Firstly let’s get this straight there are no polar bears in Antarctica! Secondly, and most importantly, Antarctica is a continent of ice (twice the size of Australia), whereas the Arctic is just a floating ocean. We faced temperatures in Antarctica of lower than -40 degrees, whereas the Arctic is much, much warmer, witnessing -20 degrees and alarmingly sometimes much warmer than this.

With this in mind, you have to prepare for this environment, where you could potentially face open water and therefore your sledges need to be able to float; you also need specific specialist clothing in the form of a ‘dry bag’ so you can swim/float across without getting wet. You may also be faced with polar bears and being prepared for this encounter is also important. Safety is paramount in such a harsh and dangerous environment. Therefore our training had to take this all these changes into consideration. And so we trained and trained, as well as planned and planned. 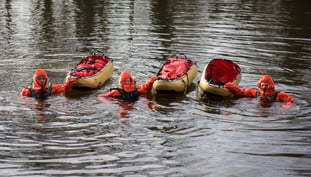 The recognised route for most expeditions to the poles is via the coastline to the poles, but bearing in mind the effects of the climate having become receded, unpredictable as well as dangerous and risky. Please also bear in mind there are many poles, and focussing at the North Pole, there are five, and the usual recognised pole for expeditions is the Geographic. With this in mind, our initial and accepted route would take us from Canada, and planning went under way in the first year with dialogue with the Canadian logistics company. However, unbeknown to us they were already thinking of lifting off from this area, as it was too much of a risk for landing their aircrafts and not enough cliental crazy enough to undertake such expeditions. So our first setback was the Canadian route being closed, let’s call this Plan A.

So, we had to go back to the drawing board, and there was another route we identified via Russia (Plan B), once again leaving from a coastline called Cape Arctichesky to the pole. So, planning got under way over the next two years. In the meantime we were also trying to raise the sponsorship and backing which was not easy either... Sadly, in the latter stages, just before we were about to leave, our group visa was denied by the Russians due to the current political sensitivities between Russia and the UK at the time– so Plan B was now off the table.

It was also during this very difficult period that Henry Worsley, who was our patron for the expedition, was attempting his own solo expedition in the footsteps of Shackleton, and we received devastating news! With less than 30 miles of his goal he was taken ill, and had to be emergency rescued, only to later pass away in hospital. Our dear friend, leader, patron and inspiration had died, in which this terrible news affected us all, and the polar community.

In a bitter sweet symphony, it was at Henry’s funeral where we were re-connected with a good friend from the logistics company from our South Pole days who knew us and wanted to help. He said he could, as a ‘one off’ organise the Canadians, the problem is we would have to go from the pole to the Canadian coastline; but at least we could get out there and achieve our mission in documenting what we saw on ice. And so, Plan C was agreed!

So, even before we had set off from the UK our plan had changed twice, we had lost a dear friend, as well as the added frustrations and emotions involved. But, we had the green light and we were off! Surely nothing else could go wrong…? 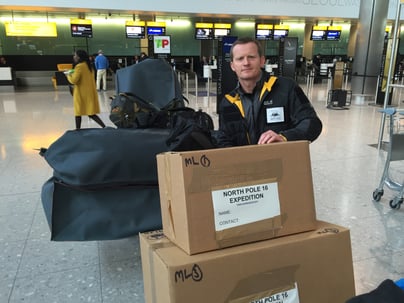